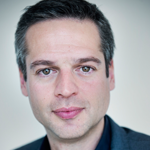 Vice-Chair of the Advisory Council

Bogdan Vanden Berghe was a Professor of geography and of ethics. In the context of the North-South Movement, he worked in the field of research for Broederlijk Delen where he specialised in issues related to globalisation and the macroeconomic field of developing countries. In this capacity, he has participated in a series of national and international publications. In 2002, he led the campaign of 11.11.11 on water and the objectives of the new millennium development. In 2005, at the age of 33, he became the General Director of 11.11.11, the Coordination of the Flemish North South Movement. He is a political and social sciences graduate of the University of Antwerp.