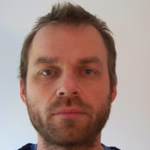 Francois Polet is the head of research at Centre Tricontinental since 2002. He also holds a PhD in developmental sociology at the University of Liège (ULg). He is the author, co-author and coordinator of several studies and publications on North-South issues. Specifically, his works at the Tricontinental Centre is focused on mobilising a network of researchers and stakeholders from Africa, Latin America and Asia to promote the “Southern points of view” on international issues affecting Southern societies and economie.

In terms of policy coherence for development, François Polet was particularly focused on the theme of biofuels, co-producing in 2010, a study on the social and environmental impacts of Belgian imports of agrofuels, sponsored by FPS Environnement and co-leading the advocacy work on the subject that is developed by Belgian civil society to the Belgian and European levels.